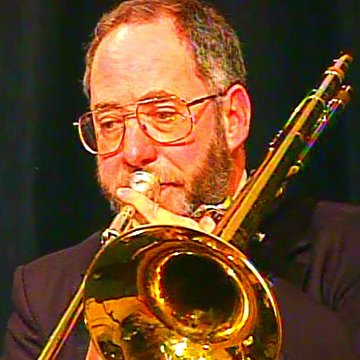 I am a “near founding” member of the Midcoast Chamber Orchestra, as it was first known, joining in 1990. The chamber orchestra programming had limited trombone parts, but I was just pleased to be part of the group.

I began playing trombone covertly at age eight. My older sister was blasting away at it and I knew I could do better, so I would wait for her absence and practice it in secrecy. She quit and I came out of the shadows!

In my first life I was the Rumford High School band director after graduating from Oberlin College Conservatory of Music. As a music student, I interned at the American School in London. One day while teaching I realized that my other compelling interest—electronics—would pass me by if I did not pursue it. I therefore attended the University of Maine Orono College of Engineering and began my current career as a professional controls and instrumentation engineer.

Over the years I have been fortunate to perform with and direct a wide range of instrumental and choral groups. I performed with orchestras in Fairfield, OH, London, England, and the Bangor Symphony under Werner Torkanowsky. I played for Big Band groups in Maine, Ohio, and London. I was the music director and conductor of the Lisbon Community Band for its brief existence. I played with pick-up gigs for many years. I have arranged and written music for many types of performing groups, including the orchestral arrangement for the Lewiston bicentennial show, “Lewiston in Me.” I am a regular member (45 years) of the Lewiston-Auburn Community Little Theater pit orchestra. My performing instruments include trombone, baritone horn, tuba, and upright and electric bass.

As I like to tell people, “Engineering is my profession, but music is my life.”

It was a tremendous pleasure to work with you and the orchestra for this series of rehearsals and concerts, and was thrilled by the way the musicians played this past weekend. ... The community is truly fortunate to have the Midcoast Symphony as their orchestra.